The upside of unused church space

Churches in Denver, Colorado, Baltimore, Maryland, and Washington, D.C. are turning unused space—empty church buildings, undeveloped parcels, old parking lots—into affordable housing solutions. Recent stories about what’s happening in these cities call this a nationwide trend, and I suspect that’s overstated, but I suggest we keep calling it that in hopes that it becomes true. 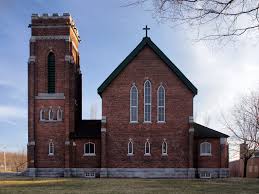 How much land do churches own nationwide? How much of that land is in cities with an affordable housing crisis? Think of all the old, aging church buildings with declining memberships—they’re everywhere, and in some cities they’re becoming bars, climbing gyms, high-end condos. But some congregations are using a better economic imagination.

In downtown Denver, St. John’s Cathedral sold an old parking lot for $1 to a nonprofit that built 50 affordable housing units. That inspired the local Interfaith Alliance to pull 20 churches together to “transform their unused land into housing with a higher purpose.” They looked at county data and found more than 5000 acres of unused land owned by churches around Denver. Statewide, there’s even more—down in El Paso County (home to church-dense Colorado Springs) there are 10,000 acres of development land.

There are lots of ways this could go, and it sounds like the Interfaith Alliance is getting lots of advice and being as creative as possible. Some churches are selling their buildings are market rate and using the cash for housing efforts, some are running their own properties, some are giving the land away.

This work is absolutely vital in one of the hottest housing markets in the country—more and more families are facing fewer and fewer housing options. More than 50% of Denver renters pay more than 30% of their income in rent, and last summer, the average price of sold single-family homes was over $500,000.

The housing affordability problem hits far beyond the hottest markets, however. “Millions of low-income Americans are paying 70 percent or more of their incomes for shelter,” reports Glenn Thrush at the New York Times, and our federal and state responses to these challenges are slow, stubborn, and often inept.

Here in Texas, I am certain there is lots of opportunity for churches to get creative about our own brewing housing crisis. (The Texas Tribune has a new series on the issue.) I saw a recent annual report from the Rio Texas United Methodist Conference, and concerns about the real estate of their empty churches—mostly in the “inner city”—took up a significant portion of the report. Also, last year at Folo Media when we were trying to build a comprehensive list of San Antonio congregations, the county data we pulled showed land holdings that far exceeded the number of churches in the area. It wasn’t clear how that land is being used, but I wonder if congregations around here are having the same conversation that is happening in Denver, Baltimore, and Washington, D.C.

Here’s hoping a trend really is underway, and that congregations want to be trendy.

One response to “The upside of unused church space”